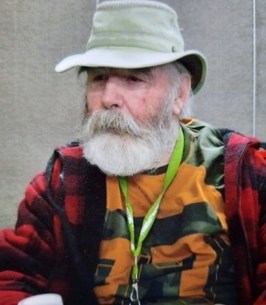 photo
Peacefully on the morning of January 22, 2022, at the Juravinski Hospital in Hamilton, Ontario, Wayne John Park went to be with his Savior. He was 83 years of age. Wayne was born in Hamilton, Ontario on July 24, 1938. He was the son of the late Harold Park and Margaret Ruth Absolom of Hamilton. He was the beloved husband of Gloria (nee Gallant) with whom he had recently celebrated sixty years of marriage. He was predeceased by his brother Bill (Mary) and is survived by one sister Elizabeth (Bill), also by brothers and sisters in-law; Hank Gallant (Roma), Alicia (Phil) Pelletier, Louis Gallant (Mavis), Marjorie Thomas (Bob) and Gary Gallant (Debra). Wayne was a long time, retired employee of Dofasco where he had been an operator of heavy moving equipment. He was affectionately called "Mother" by his friends and co-workers because he took care of people. He was a nice man with a great sense of humor. After his retirement, for a period of ten years Wayne enjoyed being a crossing guard in Grimsby where they have made their home for many years and where he was held with great esteem by many of the children and their families. Wayne was a long-standing member of the Centennial Park Baptist Church in Grimsby where he will be dearly missed by those knew and loved him. Kindness is something that some people need to work on, but with Wayne, it was a part of his nature. Cremation has taken place.