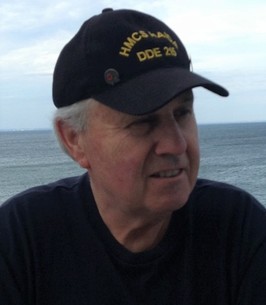 Tom Wallis, age 77, passed away at McNally House Hospice in Grimsby on April 8, 2022. Tom is survived by his loving wife of 54 years Mary (nee Stirling), their children Sherri (Remco), Tom (Cinthia), Mike (Mireille), grandchildren Annalies (Anthony), Owen, Mathijs, Bianca, Thomas, Katia and Jacqueline. Tom worked in the sheet metal, HVAC and millwright trades across Ontario over his career. Family was his greatest source of pride. He cherished Port Elgin-Southampton where he and family have spent time for four generations. Tom was also a dedicated volunteer with the Canadian Warplane Heritage Museum and HMCS Haida, putting his tradesman skills and creativity to work for enjoyment in retirement. A special thank you to extended family and friends for their support, including his loved sister Carolyn Wallis, Keith and Iris Gibson, as well as the doctors, nurses and support teams at Juravinski and West Lincoln Memorial hospitals and McNally House for their excellent care. A private family celebration of Tom’s life will be held at a future date. In lieu of flowers, donations in his memory may be made to McNally House, Hamilton Health Sciences Foundation, Friends of HMCS Haida or Canadian Warplane Heritage Museum.