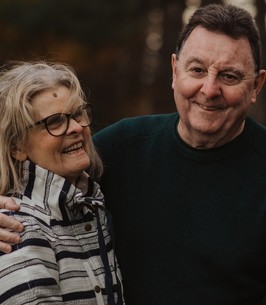 In the early hours of Monday August 29, 2022, Rose Ann Charleton Johnston passed peacefully into her final sleep at St. Peter's palliative care centre in Hamilton, Ontario at the age of 71.

Ann was born August 3, 1951 in Glasgow Scotland to James Garvie and Rose Garvie (Russel). She was raised with, and is survived by her siblings, Margaret Garvie, and James (Jim) Garvie. At 19, she met her husband Michael Johnston through a blind date and on July 7, 1972 they were married. In September 1974, Ann and Michael immigrated to Hamilton, Ontario, Canada.
Ann spent over 30 years working in Mills Library at McMaster University, where she made incredible friendships. Although Ann was quiet and reserved, she was known around the office for her extensive collection of vibrant and bold high heels. She wore her heels to work every single day until she retired in July 2010. When not in heels, Ann could usually be found in the garden where she meticulously cared for her plants. Ann was able to make the most mundane chores entertaining and regularly would be seen dance-cleaning the family home to Tina Turner or Bob Marley on Saturday mornings. Together, Ann and Mic were both extensive travellers, seeing over a dozen countries through numerous family cruises. Even though she had no time for football, Mic even convinced her to attend two Celtic Conventions in San Francisco and Las Vegas.

Ann leaves behind her loving husband Michael Johnston and her daughter Jaclyn Rose Johnston. Ann and Mic had just quietly celebrated their 50th wedding anniversary on July 7, 2022. A service is not currently planned for Ann, however in lieu of flowers, the family requests donations be made to Parkinson's Canada.