To share your memory on the wall of Robert Davidson, sign in using one of the following options:

Robert, a strong Viking by blood, fought his battle with brain cancer with every inch of power Thor gave him. He looked to the gods of Valhalla for strength within himself and his family. His shield maiden and wife, Elizabeth Davidson, married for 24 years, held his hand in support every step of the way. He was a very selfless man, in insisting his truck of his dreams had to go back, so his wife and kids could have a safe and reliable vehicle. Robert’s family meant the world to him, always referring to the Viking tree of life symbol as a reflection of his beliefs. He always made the time for all family including parents, siblings and in-laws.

No matter the situation, he was always there for his girls. From dropping everything in excitement and jumping into his truck, rushing to the birth of his first grandson, to being the first to say, “lets go for a drive to Guelph to catch up over a bite to eat,” and make a pit stop at Picard’s, to deciding within 24 hours to take a road trip to Sault Saint Marie for OFSAA.

Robert, 6’4, even though appeared as a giant, had a heart of gold. He always had something sarcastic to say, that made everyone laugh. He was his wife’s biggest supporter and a role model to his kids. He was always so proud of all their accomplishments. Robert was a friend to many who confided in him, most of whom became family.

Robert was a devoted fan to the NHL Philadelphia Flyers, and showed his love for the sport when he participated in playing the game throughout his childhood and into adulthood. He always said he was “a jack of all trades and a master of none.” From hanging his first dry wall backwards, to renovating his family’s home while undergoing treatments. If he ever won the lottery, he wanted to indulge in custom renovations. He obtained many skills throughout the years by learning and teaching himself. Overall, he became the best version of himself.

Another one of Robert’s passions was his job. Working for Go-Transit-Metrolinx, he jumped at the opportunity after being stable for months to join his co-workers at one of the things he loved the most. It was important for him to return to a normal routine, in order to support his family.

Robert was loved and will be missed by many. He always found a way to make an impact on someone’s life.

Receive notifications about information and event scheduling for Robert

We encourage you to share your most beloved memories of Robert here, so that the family and other loved ones can always see it. You can upload cherished photographs, or share your favorite stories, and can even comment on those shared by others.

Posted Feb 20, 2021 at 08:23am
Wishing you peace to bring comfort, courage to face the days ahead and loving memories to forever hold in your hearts.

Posted Feb 19, 2021 at 04:04pm
We at the NOC want to offer our sincere condolences for the loss of Robert, we miss him dearly and will always remember him.

25 trees were planted in the memory of Robert Davidson 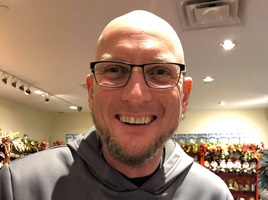 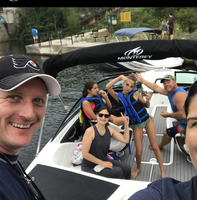 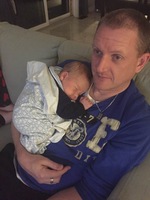 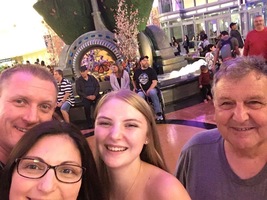