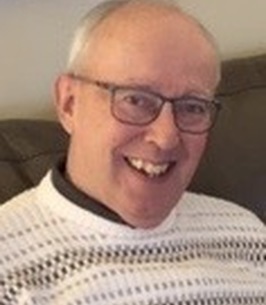 It is with great sorrow that we announce the passing of George Zakrzewski on February 19, 2022 at 75 years of age. Beloved husband and best friend of his wife of 52 years Lynda (Garden) and loving father to Gregory and Jeffrey (Jennifer). His deep loss is felt by his grandchildren Heather, Megan, Nathan and Rebecca. He is predeceased by his parents Andrew and Irene (Machocka) and his brother Thomas. George’s family was the centre of his life. He was kind and generous to those he cared about, but also to others around the world less fortunate than himself. His life long hobby of photography chronicled his family’s growth and his love of nature. Many photos of family members skiing, hiking, sailing and at family events are treasured.
George loved the incongruities of the English language and was known widely for his frequent puns and plays on words which entertained all. Dad’s jokes, as they were called, are being carried on by his sons Greg and Jeff. George loved to travel and his trips with Lynda to the Caribbean sailing, to Europe, Scotland, England, New Zealand and throughout Canada combined his love of history with sightseeing, visits to Museums, Art Galleries and often to visits with relatives and friends.
As a Professional Engineer, George worked his entire career at Ontario Hydro and its successor company Ontario Power Generation, mostly in Instrumentation and Controls at Lakeview Generating Station in Mississauga. He retired from there in 2000 after the completion of the Y2K Project in which he contributed to its success. George, such a central man to all of the family, is sorely missed. A private memorial service will be held at a later date.
Condolences can be recorded on the Canadian Cremation Services website: www.canadiancremation.com. Donations in his memory can be made to your charity of choice.