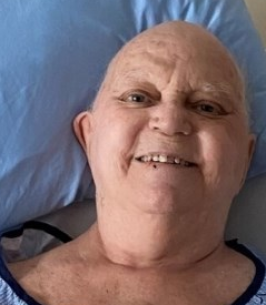 It is with sadness that we announce the death of David Miller, 69 of Hamilton, Ontario who passed away on October 17, 2022, during his sleep while at St. Peter's Hospital. Son of predeceased Thelma Baesso 2017 (nee Goodale). David will be deeply missed by relatives and friends. His goal was to make it to his birthday (October 10, 1953), and he met his goal. Former employee of Stelco Inc. (1973-1990) David held several jobs during his career and had a strong work ethic. He loved sports, especially golf, football, baseball, bowling, and hockey. David was a kind man. If you spent just a few minutes in his company, you would know that you were listened to, and cared about. You would always walk away with sound advice. Special thanks to staff at Juravinski and St. Peter's Hospital for their daily support and exceptional care of David. As per David's wishes, no funeral service will be held. Cremation has taken place that was pre-arranged by David.