Obituary for Audrey May Jones 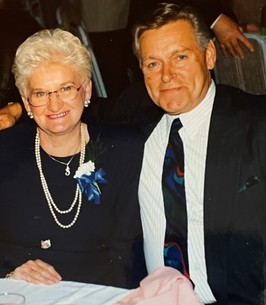 It is with profound sadness that we announce the passing of our precious mother Audrey May Jones (nee Potter) in the early morning hours of Sunday June the 19th at St. Joseph's Hospital. The wife of the late Russell Jones. The daughter the late William and Florence Potter. The daughter in law of the late Raymond and Violet Jones of New Brunswick Sister of the late June and Roy Pulham, the late Bob and Vicki Potter, the late Charlie and Brenda Potter, Norma and Ted Carter, Barbara and the late John Munro, Crawford and Edith, the late Jim and surviving wife Denise Potter. Sister in law to the late Wendell, the late Linna and Nelson Somerville, the late Winona and Manfred Merritt,the late Murchill and surviving wife Winona, the late Clifton and surviving wife June all of New Brunswick. Mother to Judy and the late William McFetridge, Gary, Michael and Donns Beniusis, Suzanne and Morgan Warren. Cherished and adored ,grandmother, great grandmother, great great grandmother to so many surviving family members. Loved Aunt, great Aunt ,and Great great Aunt to so many surviving members Close friend to Shirley Wilton, the Robinson and McFetridge families, Margaret and the late Harry Hynd. Audrey lived a full and happy life. Loved her winters in South Carolina and Florida. She was an avid golfer, reader and a very sly poker player. She cherished all her friends and family and will be sorely missed. Cremation has taken place and a celebration of life in the coming months Thanks to the staff of St Joseph's Hospital.