To share your memory on the wall of Alan King, sign in using one of the following options:

Print
It is with great sadness that we announce the passing of Alan Douglas King on May 23, 2020

after a long battle with lung disease at the age of 64. ​
Alan was predeceased by his father James Patterson and is survived by his moth... Read More
It is with great sadness that we announce the passing of Alan Douglas King on May 23, 2020

after a long battle with lung disease at the age of 64. ​
Alan was predeceased by his father James Patterson and is survived by his mother Ann Elizabeth (DePaolo).

Alan was a member of the Royal Canadian Regiment and deployed overseas and in Canada. He later worked as a counselor for Young Offenders and was a driver for the​ HSR. The family would like to thank the staff of the General Hospital for all their care. ​

"When death's dark stream I ferry o'er, a time that surely shall come; in Heaven itself I'll ask no more than just a Highland welcome"​
Pro Patria, soldier your fight is over!
Read Less

Receive notifications about information and event scheduling for Alan

We encourage you to share your most beloved memories of Alan here, so that the family and other loved ones can always see it. You can upload cherished photographs, or share your favorite stories, and can even comment on those shared by others.

Posted Jun 03, 2020 at 02:05pm
It is with great sadness of the passing of our dear friend Alan King. I worked with Al from 2002 to 2010 for the Hamilton Street railway as a bus operator. We worked many shifts together running the Stoneycreek line and having great times hanging out together after work. Al will be sadly missed also by a great friend of ours Rich Rebejko who used to ride the bus with Al and I during these years. Rest in Peace my dear friend and ATU brother.
Comment Share
Share via:
B

Posted May 29, 2020 at 01:21am
So terribly sorry for your loss. Alan , I mean MCPL King, was instrumental in making me the solder, father, and man I became back in 1987. He was firm but he soft side was always close by. I have so many memories. The world has lost a great man. Rest well Alan. Till next time.
Comment Share
Share via:
BF

Posted May 28, 2020 at 08:36pm
I want to send my condolences to Brigette and her whole family. Alan will be missed by everyone who knew him. Love to the whole family
Comment Share
Share via:
SS

Steve, Diana, Will and Jack Schurer

Posted May 28, 2020 at 08:33pm
Brigitte, Tamara , Jimmy and Family: We are so sorry for your loss! We hope in the coming days as you try to find your new normal without Alan you can reflect on all the good memories you have made together over the years. Sending huge hugs and lots of love to you all.
Comment Share
Share via:
AK 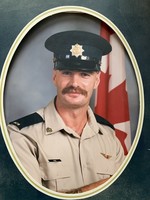